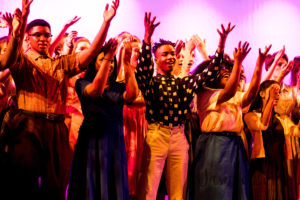 Backstory: When local high school junior Emma Ellis, who is caucasian, was cast as Esmerelda for the school play, The Hunchback of Notre Dame, student activists from Students United rallied together to create a protest letter to the schools administration. They protested the plays lack of diversity, and felt that the use of cultural appropriation in the play was unacceptable. You can read the letter HERE.

The students received a large amount of backlash criticism both locally and nationally, some students even received death threats and were subject to online bullying. Despite all of this, the school heard the voices of the teens and cancelled the play. 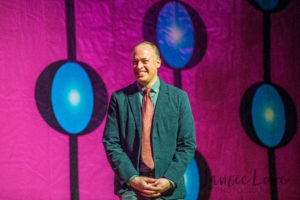 The administration of the school found a new theatre director, Joey Steinhagen, founder of a local theatre company, as well as local choreographer, Harmony Malone to cultivate a new performance. In only one months time, they enlisted an entirely new cast (of which NO ONE who auditioned was turned away). Students practiced on a rigorous,  demanding schedule and performed the musical Hairspray on the same night as the Hunchback of Notre Dame was supposed to be performed. In an unforgettable performance, these local teens made their voices heard in a play that celebrates cultural diversity, inclusivity and anti-bullying themes.

I had the opportunity to photograph the event~ here are some captures from their three standing ovation performance. There was not a dry eye in the house. 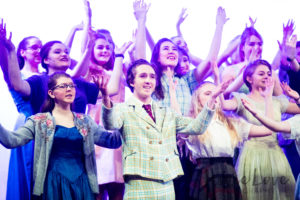 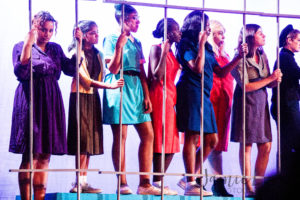 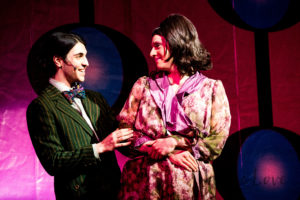 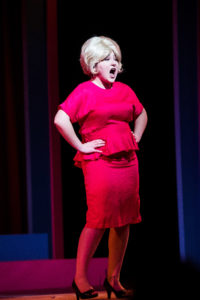 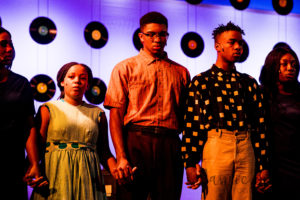 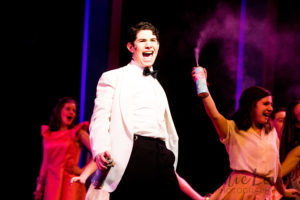 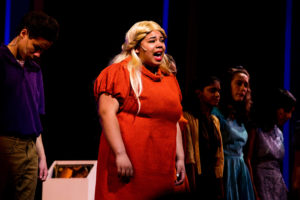 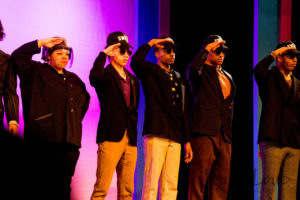 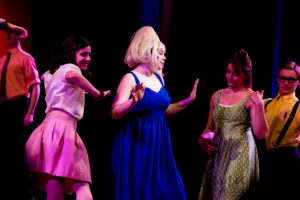 I feel so honored to know some of these teens personally, and know that there are leaders in the community who are willing to stand up and speak out against racism in its many less obvious forms. The playbill from the performance featured an entire section dedicated to educating the audience about the history of black feminism and structural racism as well as resources on how to counter trans-phobia. WOW WOW WOW!!! I’d personally like to thank whom ever put that together, as it has been a great resource for educating my own children.

This story is a shining example of how teens voices can not only be heard, but can actually TRANSFORM the community. EVERY teen in our community should feel included, celebrated and know that their thoughts, hopes, dreams and lives MATTER!~